What Is Christian Education?

Christian Education flows from a conviction regarding the truths of God’s revealed Word. God has given the authority and responsibility of educating children to their parents, and this education is to be centered on the truth of who God is, and His purpose for His creation (Deut. 6:4-9).

This does not mean that parents must teach their child every subject, K-12. But it does mean that they are the ones who must give an account for the raising, development, and discipleship of their children. Often, the best use of a parent’s resources and responsibilities is to divide their labor of education with those whom they trust to adequately teach their children God and His law. The Fletcher School seeks to partner with Christian parents in bearing some of the load and providing for their children what they could not provide on their own. Children are gifts from God to their parents, and parents are tasked with their care and education. The Fletcher School is merely a tool by which parents are able to adequately fulfill their God-given responsibilities. This is the conviction that the school serves In Loco Parentis, in the place of the parent. 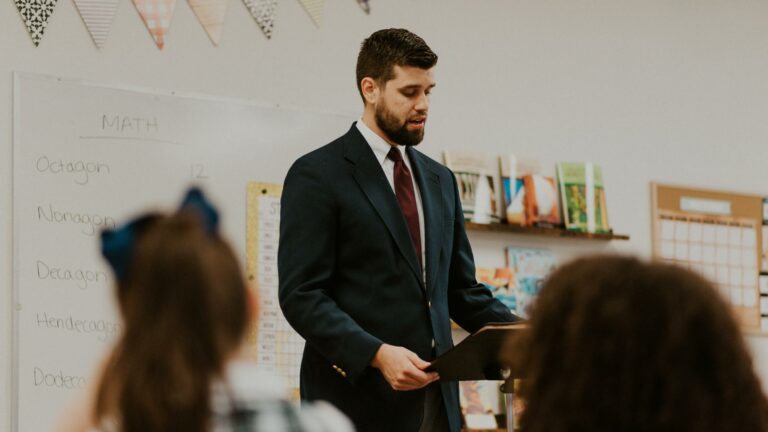 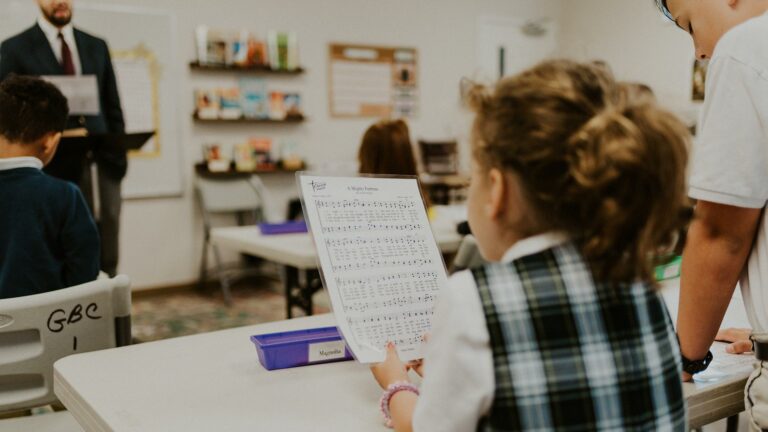 Deuteronomy 6 reveals that education is about God. The purpose of education is to know God, love God, and know His law. Two thousand years after the resurrection of our Lord, we know that the only way to the Father is through His Son (Jn. 14:6). The only way to know God, love God, and obey His law, is through Jesus. This does not mean that education K-12 should consist of nothing but evangelizing students. It means that every bit of knowledge would be transformed into wisdom; that is, every bit of knowledge gained must be understood in light of its relation to the Creator and Sustainer of the universe (Jesus Christ, Col. 1), and its relationship to everything else. Everything is related. Everything is connected in some way or another because everything finds its source in Christ, the Creator of all.

Christian education is not merely the addition of a bible class and a chapel service once a week (though these components are certainly encouraged). Christian education integrates all learning, all disciplines, and all sciences into a single whole with Christ at its center. In other words, it does not suffer from the fragmentation of the modern educational method, with subjects and disciplines being taught without any reference to their relation to each other. Christian education does not merely provide students with a biblical ethic by which to live their lives, but also a biblical metaphysic by which they can understand everything in its proper relationship to King Jesus.

An educational community is one of teaching and learning. A Christian educational institution is one of discipleship. In a Christian school, students are not merely taught, they are discipled. They are shown the truths and beauties of a life devoted to Christ both in the texts they read and in the lives of their teachers, and Lord willing, their classmates. They are shown that the way of the transgressor is hard (Prov. 13:15) but those who delight in the Lord receive from Him the desires of their hearts (Ps. 37:4). The student’s own sin, inadequacies, and failures are not covered over in order to protect a false sense of self-esteem. Rather, the grace of God in Christ is brought to bear on these sins and the student is shown that complete forgiveness, restoration, and life is offered to the one who trusts Christ as He offers Himself in the gospel.

Christian education is committed to the idea that Christ reigns over this world as King. He sits secure on His throne and directs the affairs of His kingdom. Our desire is to see our children and students become mighty weapons in the hands of our King. That He would so hone and sharpen them in their early years that they might be used by Him in order to push back the darkness of this present world and increase the borders of His Kingdom. That through our graduates, righteousness would prevail, that His kingdom would come, and His will would be done, on Earth as it is in Heaven. That churches would be established and strengthened, that the gospel would go forth persuasively and graciously, and that God would be glorified in all the efforts of the students of The Fletcher School.

Finally, Christian education is wholly reliant on revelation from God in order to know truth. God has revealed truth to man in a general sense through what He has made, through the faculty of reason that He has given every man, and through the conscience. But this general revelation is not all that God has given us and it is not all that directs a Christian School’s pursuit of truth. God has also imparted truth to His creation through special revelation which is contained in the Holy Scriptures. This is the final authority for the school that calls itself Christian because it is in the Scriptures alone that one can come to know Christ. Furthermore, as the very words of God, the Bible is necessarily without error because God cannot lie. If the academics of a school lead it or its students to disagree with God’s revelation at any point, then those studies must be adjusted accordingly